27 New Street is located in the heart of the oldest part of the Barbican.  It is a cluster of storehouse buildings dating back to the 1700’s which have survived the many changes that have gone on over the years in and around the Barbican. 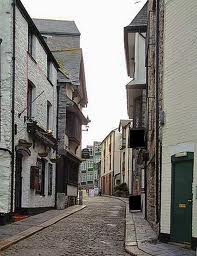 They are set back a few yards from the waterfront at the end of New Street – one of the oldest streets in Plymouth – and just 100 yards from the famous Mayflower Steps where the Pilgrim Fathers set sail in 1620 to establish colonies in North America. 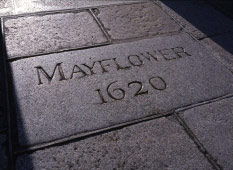 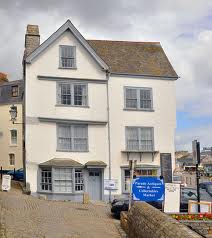 You will find 27 New Street just behind Island House opposite the Glass Blowing Restaurant on what used to be the Fish Market.

The storehouses have been intimately connected with the fishing industry since their original construction.  Built of local Plymouth limestone and brick, several of the main wooden beams are made from masts of sailing ships dating back to the Spanish Armada in 1588.

In the past the Barbican has been host to large fishing fleets that used to land their catches directly onto the fish quay.

During the last century 27 New street was occupied by Percy Turner Fish Merchants, with deep freezes, pilchard tanks and fish packing rooms.  There was also a crab processing factory (the smell has long since gone!) and part of the stores were used to hang and mend nets. 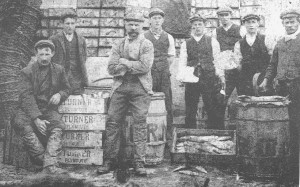 To the left is a picture taken around 1908 showing Percy and Bob Turner with others posing for the photographer in front of Turner boxes and barrels. 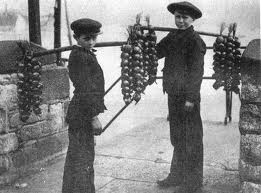 Over recent years the buildings have been variously used by French onion sellers, furniture restorers, a garage, tattoo parlour and a museum of fishing.

Today 27 New Street is occupied by one of the largest collection of antique traders in the South West, led by Parade Antiques which also showcases a curios museum.  There is a range of other traders who buy and sell a wide variety of items including vintage and modern jewellery, collectables, books, coins, stamps, as well as a craft area that sells handmade cards, cushions and much more.